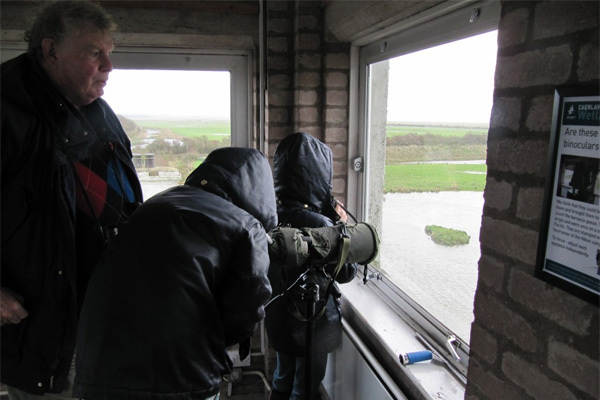 A knowledgable host for many of our special bird watching events, Hugh Buck is in many ways the perfect guide to local birds and wildlife on the Solway coast. Hugh is a retired vet and very approachable, perfect for beginners and experts alike. On previous birdwatching weekends, Hugh has captured the imagination of everyone, from our daughters to experienced bird watchers.

Hugh Buck, founder of Buckbird Journeys, was born in Stirling, Scotland in 1944 and is a graduate veterinarian from the University of Glasgow.

Within days of graduation he was in Kenya as a clinician at the Veterinary Faculty of the University of Nairobi and his 5 year spell (later working as a Veterinary Officer for the Kenyan Government) in this incredible country propelled his early interest in birds and mammals into a lifelong obsession. He also represented Kenya and East Africa at Rugby Union during this time.

He joined the animal health pharmaceutical industry in 1973 and in the next 27 years held positions based in England, Singapore, Malaysia, Cyprus and France before retiring in 2005 to return to his native Scotland.

He has now visited, either for business or pleasure, more than 150 countries around the world. With a bird list of over 8900 and a mammal list of over 850, Hugh has perhaps seen a combination unsurpassed by anyone.

He has guided numerous individual visitors in the countries where he has lived. He is a Fellow of the Royal Society for the Protection of Birds, a founder member of the Oriental Bird Club, on the Rarities Committee of Birdlife Cyprus and a member of the African Bird Club, American Birding Association, Neotropical Bird Club and Scottish Ornithologists Club.

Keep an eye on our events section and Facebook page for forthcoming events and weekend birdwatching breaks.